- those who, after many years of working in completely different fields, want to rediscover what they once learned

- piano teachers, who are looking for ideas for lively and diverse lessons

You will be shown how music is put together, just like a house is made up of bricks. You learn to recognise the building blocks of composition by consciously reading and listening. By learning how to recognise how these building blocks are used, you see the path that leads towards ‘expressive’ improvisation. Improvisation means impromptu playing and composing.

KLAVIER – DIE SCHULE FÜR ALLE is a book that can neither be classified as a ‘beginners’ course, nor one for ‘advanced players’. Nevertheless, there are different development stages for beginners or those coming from different backgrounds, which are of course handled in chronological order in this piano course. It is therefore inevitable that the learner will use either the first or the second volume more than the other. Volume 2 includes an insert with additional exercises and theory which is also supposed to be used parallel to volume 1.

As a pianist, composer and arranger, Manfred Schmitz (1939-2014) was one of his era’s most important representatives for popular music and was also an extraordinarily productive teacher and author of music education literature. Even while lecturing at the Franz Liszt University for Music in Weimar, he authored ‘JAZZ PARNASS’, which has become a standard teaching book in the meantime, known by almost all pianists in the German speaking world. You find his wealth of experience teaching pupils of all ages in several of his works for piano and ensembles. Many of his teaching and playing books have been published by the AMA Publishing House, including his last book for piano with the title that says it all – POP PARNASS. One of the main concerns of his pedagogical work was conveying the stylistic elements of jazz, blues and pop music in a solid and practical way in which the joy of playing is always there from the very beginning and at every point in the learning process.

This is why the title of this piano course is “Klavier – die Schule für alle”. The course is aimed at anyone who wants to keep learning by self study - children, young people and adults, complete beginners or people who just want to try something new. However, it is also aimed at pianists who, after many years of working in completely different fields, want to rediscover what they once learned, enjoy playing easy pop songs and improvising, want to create their own music and therefore need theoretical support and practical encouragement. Even piano teachers will find this course full of ideas for lively and diverse lessons.

Even though both volumes of this course can be worked on independently, you will find a full list of contents in both volumes. In the first volume, the harmonic basics like major/minor, triads, intervals and modulations will be practiced using 164 short pieces. The second volume continues with topics like cadences, broken triads, syncopations and the relationship between major and minor. The practice pieces come from areas such as folk music, pop music, classical arrangements and some of the authors own compositions: e.g. ‘Summ, sum, Summ’, ‘Brüderchen, komm, tanz mit mir’, ‘Rhapsody in Blue’, ‘Hummelflug’ and ‘Greensleeves’. A chapter on jazz enables the pianist to acquire the building blocks of composition and to consciously recognise them. By the end of these books, the pianist will be able to improvise their own short pieces on the piano.

(As playing pieces for accompaniments)

Seventh chords and their inversions 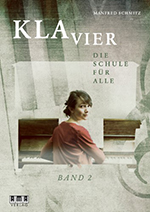 Manfred Schmitz may well be one of the most industrious musicians of the present day. In doing so, he always manages to uniquely combine his work as a pianist, composer, arranger and band leader with his commitment to teaching music to young people. Born in 1939, he studied piano from 1957-1962 at the ‘Franz Liszt’ University for Music in Weimar, where he also later taught as a lecturer for jazz and entertainment music from 1968-1984. From his collection of teaching materials, which he created himself for this very purpose, emerged, almost by accident, the 3-part JAZZ-PARNASS in the 1970s. Even today, it is a standard work for everything to do with jazz piano. It was even translated into Russian and sold 25,000 copies in the former USSR. However, even his wide-ranging work as a composer in almost all genres of popular music was continued in his teaching. While he wrote for the repertoires of famous interpreters over the years, such as Gisela May, Uschi Brüning and many more, accompanied them on the piano and jazzed with the Manfred-Schmitz-Trio all over Europe, he also promoted chanson students in Weimar as well as pupils from the Berlin-Köpenick music school by composing for them and producing music with them. This means that he is always surrounded by colleagues who were previously his students in one way or another. For many music teachers, Manfred Schmitz is known above all for the large bandwidth of teaching and playing literature that he wrote for various instruments and ensembles, aimed at both small children, beginners and advanced players. Then again, all of this is simply a side effect of his many years of being a lead teacher at the Berlin-Köpenick Music School, working with pupils and pupil ensembles, up until 2004. Instead of taking the word ‘retirement’ literally from now on, he is taking the knowledge and experience he has gained to the next stage.
Sadly, Manfred Schmitz died after a short, serious illness on 07.07.2014. 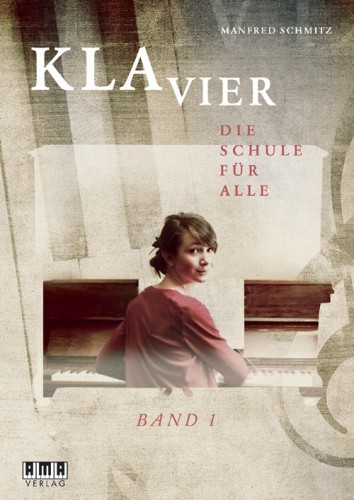 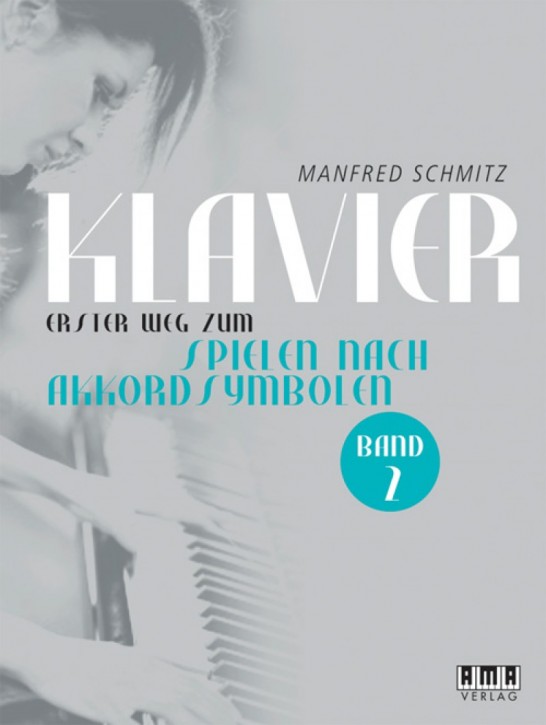 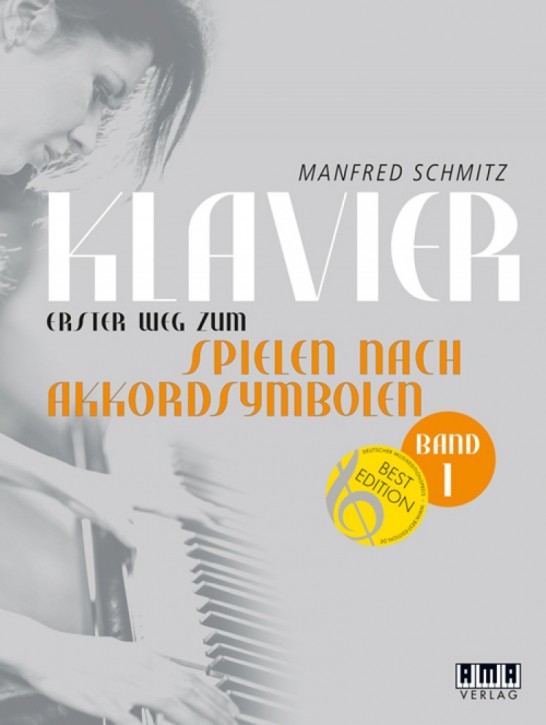